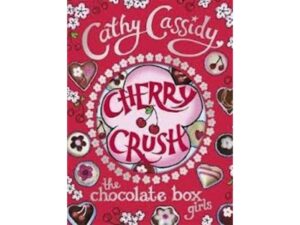 The book starts when Cherry and her father Paddy are about to move to Somerset, to live with his girlfriend Charlotte and her four daughters; Skye, Summer, Coco, and Honey. Charlotte and Paddy also want to start up their dream business: making chocolate. In Tanglewood, Charlotte’s home, Cherry meets Shay Fletcher and begins to develop a crush on him. However, Shay already has a girlfriend: Charlotte’s spiteful eldest daughter Honey. Cherry knows her friendship with Shay is dangerous, and tries to impress and make her stepsisters like her by telling lies about the luxurious life she used to lead back in Glasgow. But, soon learns that the girls have already sensed that they are just lies…. and also that they liked her better when she was the real Cherry instead of Cherry the liar. Honey and Cherry have many fights (mainly because she suspects that Cherry and Shay are becoming too close to each other). The girls and Charlotte also help Paddy to put a chocolate business by hosting a chocolate festival which is very successful and Paddy’s chocolates are ordered in a huge amount. The story comes to an end when Shay and Cherry are traveling by canoe after Cherry is slapped by Honey and her lies ar it breaks down. They end up spending the night together in a cave and are found in the morning. Shay’s dad finally realizes his son’s value and decides not to be hard on him. After that, Shay and Cherry end up becoming a couple.