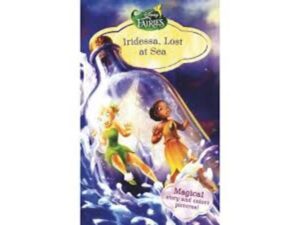 How did super-orderly Iridessa get into such a fix? First, Tink’s crazy idea to take a pirate bottle from Captain Hook goes horribly wrong. Then, in the flutter of a fairy’s wing, Iridessa and Tink find themselves trapped inside the bottle!