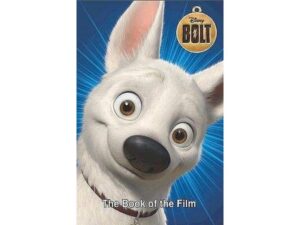 The fabulous book of the smash-hit Disney film. Bolt the German Shepherd plays a superhero dog in a hit TV show. But no-one’s told poor Bolt that the show isn’t real! And when he’s accidentally lost in New York City, how will he cope when he realize that he doesn’t have superpowers after all? With nobody but a manky old cat and a chubby hamster to help him, brave Bolt sets out on the long road home. Can he get there safely and prove himself a hero after all?