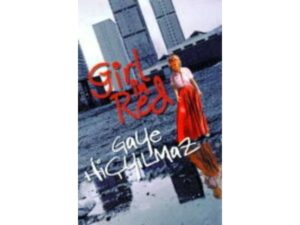 Girl In Red by Gaye Hicyilmaz

This is a heart-breaking book. Not because it deals with unrequited love, though that is an element in the story, but because Frankie is so utterly let down by everyone around him, especially his own mother. Once he realizes that he cannot accept the moral values by which she lives, he is left emotionally, if not quite actually, homeless.

It all starts because some Romanian gypsies arrive at Frankie’s gently rotting block of council flats in Dover. From his balcony Frankie spots a girl in red. She has long, pale plaits and is wearing bare feet and flip-flops in the winter evening. He is captivated, and in his gentle, not very incisive way, he speculates about her feelings on arriving in such an unwelcoming place: Girl In Red