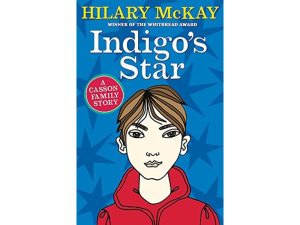 Indigo’s going back to school after a long bout of glandular fever. He’s not looking forward to it, as he knows the bullies will be waiting for him. But he’s determined to stand on his own two feet – so when Saffy and Sarah break up a fight in the boys’ bathroom, he’s furious. Until he meets Tom. Tom is over from the States for a term, staying with his gran while his family sort out their own problems back home. He loves music and joking and is unfazed by the bullies, slowly beginning to win the class round. He helps Indigo to challenge his fears, and in doing so is absorbed into the crazy Casson family and finds some answers of his own. Rose adores him and is determined to help him get the guitar he’s been eyeing in the local music shop – but her attempts to help end in disaster, leaving only one way out: Daddy needs to come back from London to the home (and wife) he’s been neglecting. Rose couldn’t have an ulterior motive, could she?