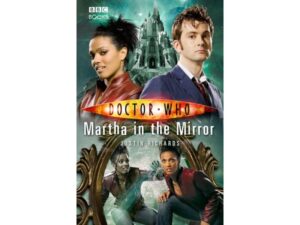 Martha in the Mirror Doctor Who by Justin Richards

Castle Extremis – whoever holds it can control the provinces either side that have been at war for centuries. Now the castle is about to play host to the signing of a peace treaty. But as the Doctor and Martha find out, not everyone wants the war to end.

Who is the strange little girl who haunts the castle? Martha in the Mirror Doctor Who