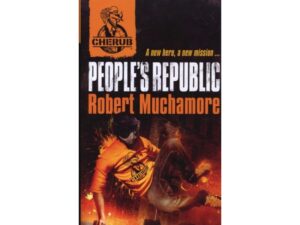 People’s Republic is the thirteenth novel in the CHERUB series by Robert Muchamore. It was published by Hodder Children’s Books on 4 August 2011, and shows the beginning of the Aramov series. This carries on from the series featuring long-standing central character James Adams.