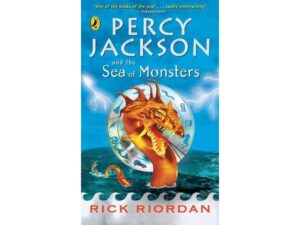 Percy Jackson and The Sea of Monsters

Percy Jackson has had a quiet year. Not a single monster has set foot in his New York school. But when a game of dodgeball turns into a death match against an ugly gang of cannibal giants, things get …well, ugly. And then Percy’s friend Annabeth brings more bad news: the magical borders that protect Camp Half-Blood have been poisoned, and the only safe haven for young demigods is under threat. To save their camp, Percy and his friends must embark on a quest that will take them into the treacherous Sea of Monsters and a desperate fight for their lives.

Percy Jackson and The Sea of Monsters