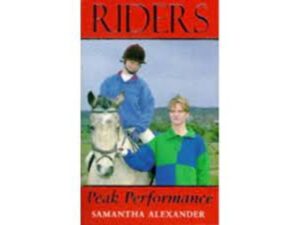 He’s here!” Zoe burst through the tack room door, a head collar and lead rope trailing after her. “It’s Joel, he’s here. He’s at the house!”
My boyfriend, Ash, came in after her. “He’s only a trainer, for goodness’ sake. Anybody would think he’s the Prime Minister.”
Joel O’Ryan, champion three-day eventer, has come to run a course at the local pony club. He’s famous for turning young riders into stars. Alex is desperate to catch his eye but in doing so she risks losing both Ash and her trainer, Eric.. Riders Peak Performance