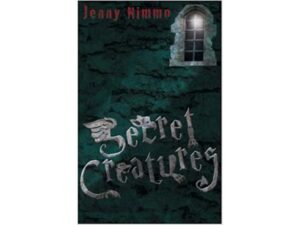 This book contains two thrilling stories about standing up for what you believe in. “Milo’s Wolves” – When Gwendal arrives in the McCool family, Laura knows that her parents are lying about who he is. He can’t be their long-lost brother. He’s so…different. But who is he, and what do the sinister Society of Angels, who circle the house like wolves, want with him? Both Gwendal and Laura will have to go on a journey to Europe to uncover the secrets in their family’s past. “Griffin’s Castle” – Dinah had hoped that moving into this new house would be a fresh start for her and her mother. But her mother’s boyfriend wants to take everything Dinah has from her. After a storm-drenched encounter at the ancient city wall, Dinah finds that a savage force has come back to the crumbling, old house with her. She needs allies to defend her castle. But can she control what she has unleashed? Jenny Nimmo’s powerful prose and unusual characters cannot fail to engage and intrigue readers in these two deeply atmospheric stories. Secret Creatures