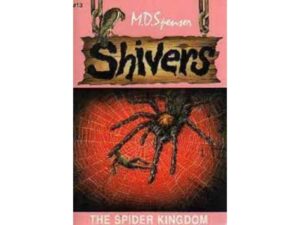 Follow this frightening fable of Freddy and his pal, Lumpy, as they face the flesh-eating forces of giant spiders. But it’s their own fault. If only they hadn’t killed all those little spiders. If only they had learned to appreciate those crawling creatures. It’s too late now. They’re trapped in the Spider Kingdom awaiting trial for their crimes. The mighty Spider King will be their judge. There’s no way out, or is there? Will they find their fate as food fit for a king or will they weave a way out of this web? Shivers The Spider Kingdom by M.D. Spencer (Soft Cover)