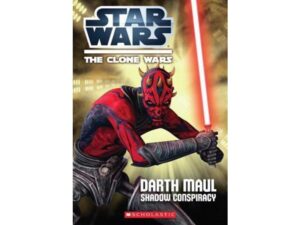 An epic novel that ties into the newest season of Star Wars: The Clone Wars, the hit Cartoon Network TV show! Darth Maul–the infamous villain of Star Wars: Episode I The Phantom Menace–is back, and he wants vengeance against his most hated enemy: Obi-Wan Kenobi. When Darth Maul reunites with Savage Opress, the two Sith brothers threaten to unleash terror across the galaxy!