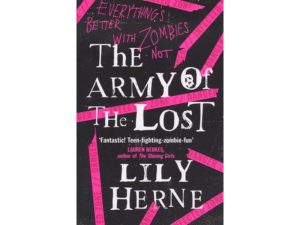 The Army Of The Lost

One of us is dead. One of us is broken. One of us will betray the others. And one of us will have to sell her soul to survive . . . It’s been eleven years since South Africa was ravaged by the walking dead. Johannesburg’s impoverished survivors are ruled over by a minority of rich self-serving bureaucrats. As the remaining Mall Rats confront the dark heart of the twisted political system – in another part of town, Tommy dreams of joining the Army of the Left, a radical organisation intent on fighting for freedom. While Ash is forced to face his traumatic past, and Ginger struggles to regain his sanity; Lele goes head to head against a powerful foe, and Saint is dead set on a mission of her own: a fight for survival. Welcome back to the Deadlands . . .

The Army Of The Lost
by Lily Herne (Author)