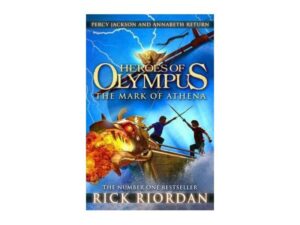 The Mark of Athena is an American fantasy-adventure novel written by Rick Riordan, based on Greek and Roman mythology. It was published on October 2, 2012, and is the third book in The Heroes of Olympus series, a sequel of the Percy Jackson & the Olympians series.

The Mark of Athena (Heroes of Olympus Book 3)