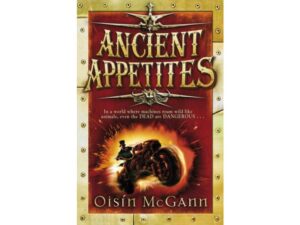 Nate Wildenstern’s brother has been killed, and the finger is pointed at him…After nearly two years, eighteen-year-old Nate returns home to the family empire ruled by his father – the ruthless Wildenstern Patriarch. But Nate’s life is soon shattered by his brother’s death, and the Rules of Ascension, allowing the assassination of one male family member by another, means he’s being blamed. He knows that he is not the murderer, but who is? With the aid of his troublesome sister-in-law, Daisy, and his cousin Gerald, he means to find out. But when the victims of the family’s tyrannical regime choose the funeral to seek their revenge, they accidentally uncover the bodies of some ancient Wildenstern ancestors, one of whom bears a Patriarch’s ring. The lives of Nate and his family are about to take a strange and horrifying turn…