Help The Rural Child Charity Shops is a chain of retail shops that form part of the Goedgedacht Trust, selling donated second-hand goods to raise funds to support rural children and the communities in which they live.

About Help The Rural Child

Help The Rural Child is a chain of retail shops that form part of the Goedgedacht Trust (www.goedgedacht.org). We sell donated goods, such as clothing, books, furniture, CDs, DVDs, toys, games, sports equipment and almost anything else that you can think of. We have five clothing shops in Cape Town, Sea Point, Mowbray and Retreat, one dedicated furniture shop in Retreat and two bookshops situated in Mowbray and Kirstenhof. Read More About Us
Read More About Us 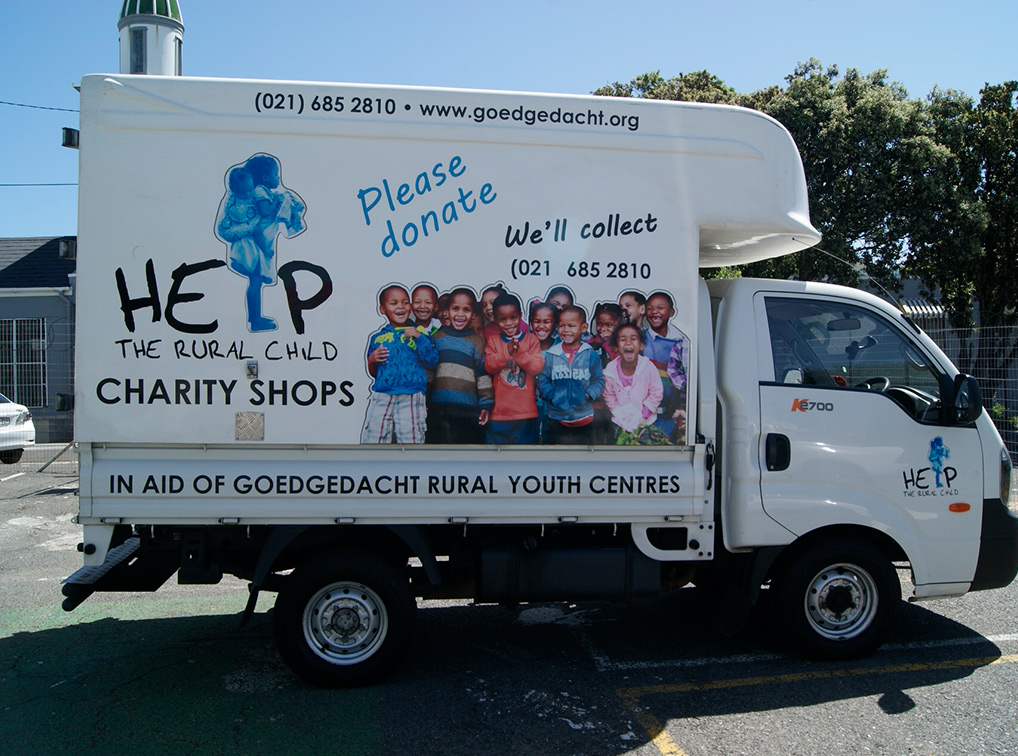 Be a Part of the Change

Volunteer work and/or donations are greatly appreciated. Thank you!

Donate or Volunteer or Shop to Help the Rural Child

Donations are accepted and go a long way to helping us drive positive change. We always welcome caring hands to help us on our mission, volunteer work is crucial to our cause. Visit our Online Bookshop which boasts a beautiful selection of preloved books, or support our clothing and furniture stores that all contribute to changing the lives of children every day.
Click Here to Decide

We offer a FREE Collection Service that operates from Monday to Friday.