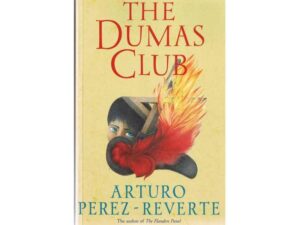 The story follows the adventures of a book dealer, Lucas Corso, who is hired to authenticate a rare manuscript by Alexandre Dumas, père. Corso’s investigation leads him to seek out two copies of a (fictional) rare book known as De Umbrarum Regni Novem Portis (“Of the Nine Doors of the Kingdom of Shadows”). Corso encounters a host of intriguing characters on his journey of investigation, including devil worshippers, obsessed bibliophiles and a hypnotically enticing femme fatale. Corso’s travels take him to Madrid (Spain), Sintra (Portugal), Paris (France) and Toledo (Spain).

The Club Dumas is full of details ranging from the working habits of Alexandre Dumas to how one might forge a 17th-century text, as well as insight into demonology. The Club Dumas