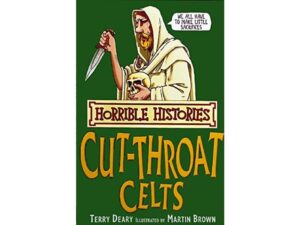 Deary gives you the ghastly truth about the wild warrior race who weren’t afraid to fight the rotten Romans – and who had the horrible habit of collecting human heads. He also looks at the dreadful Druids, their strange sacrifices and terrible trials.