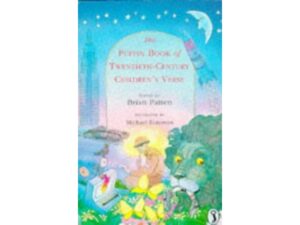 A collection of verse for children by a wide range of the century’s writers, from Michael Rosen to James Reeves and from Russell Hoban to Thomas Hardy. The editor compiled “Gargling With Jenny” and Michael Foreman won the Kate Greenaway medal 1991, for “War Boy” The Puffin Book of 20th Century Children’s Verse by Brian Patten