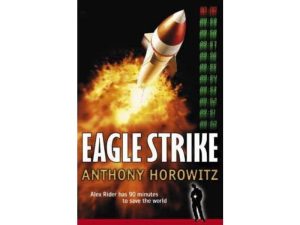 Relaxing in the south of France with his friend Sabina Pleasure and her family, reluctant MI6 agent Alex Rider is finally able to be like any ordinary 14-year-old. Until a sudden, ruthless attack on his hosts plunges him back into a world of violence and mystery – and this time, MI6 don’t want to know. Especially when Alex tells them that Damian Cray – celebrity, human rights campaigner and the man behind Gameslayer, a state-of-the-art new games console – could be involved. Alex is determined to track down his friends’ attackers, even if he must do it alone. But it’s a path that leads to a long-buried secret – and a discovery more terrible than anything he could have imagined